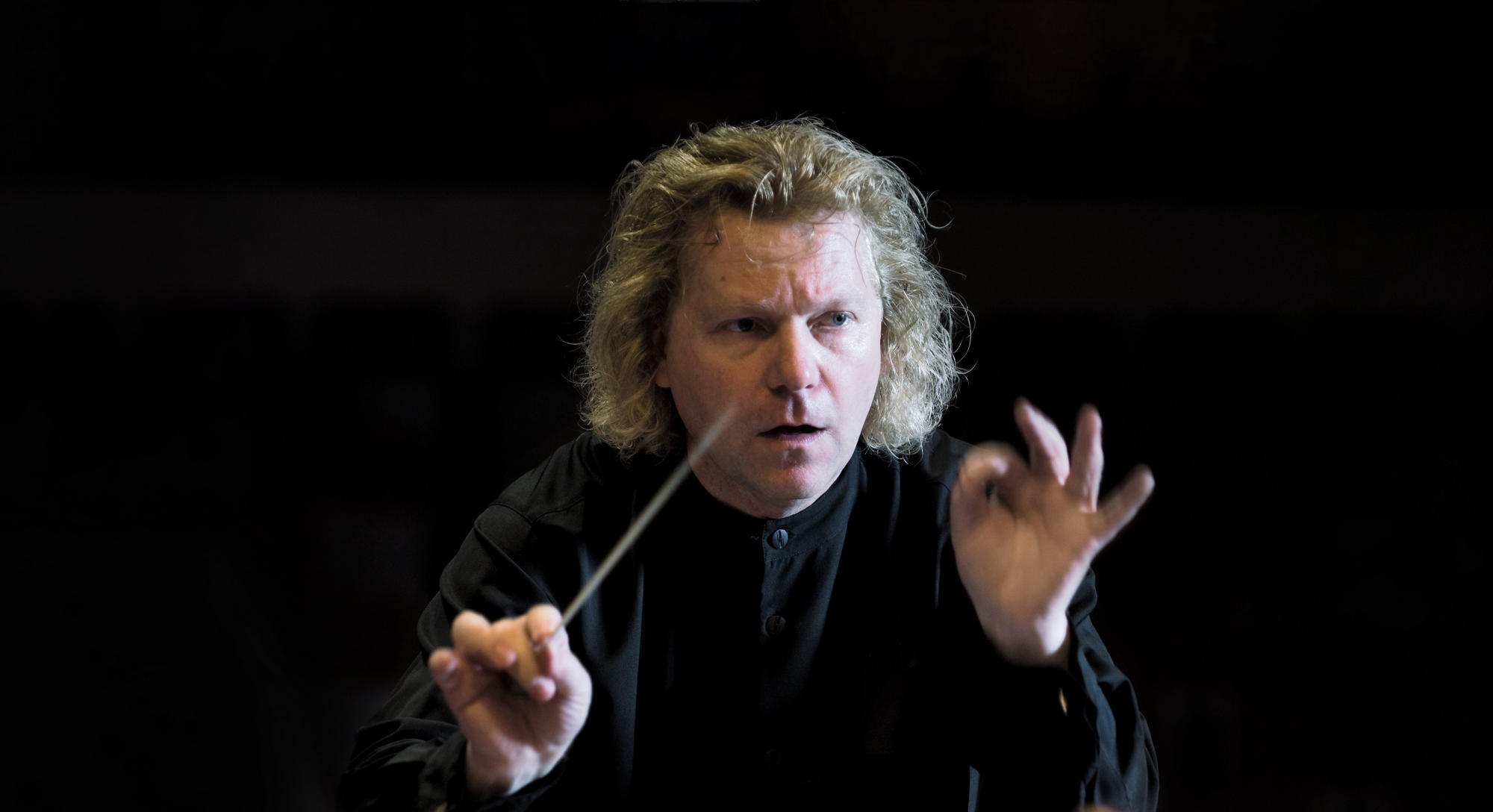 Conrad van Alphen is known as much for entrepreneurial spirit and depth of preparation as he his is for performances that combine exceptional sensitivity, vision and freshness.
He enjoys a particularly close association with the Russian National Orchestra and is currently an artist of the Moscow Philharmonic Society, in which capacity he regularly conducts the major Moscow orchestras and many more throughout Russia. For four years he was chief conductor of the State Safonov Philharmonic Orchestra.

At the turn of the new millennium, Conrad founded Sinfonia Rotterdam, of which he remains chief conductor and artistic director. The orchestra presents concert series at de Doelen in Rotterdam, at the Nieuwe Kerk in The Hague and at the Royal Concertgebouw in Amsterdam. Under Conrad’s leadership, it has become an internationally recognised ensemble, has made acclaimed recordings, and has toured Mexico, Brazil, Columbia Chile and Russia.

As a guest conductor Conrad works with some of the world’s most respected orchestras, such as the Montreal and Svetlanov Symphony Orchestras, the Brussels, Bogota and Moscow Philharmonics, the Bochumer Symphoniker as well as the Symphony Orchestra of the Gran Teatre del Liceu in Barcelona.

As a recording artist, he has worked with Channel Classics, Telarc, Raptus, Talent Records, Cybele and Brilliant Classics. His disc of music by Rodrigo with the Sinfonia Rotterdam received Gramophone Magazine’s Editor’s Choice accolade, while his recent recording of the Hérold piano concertos with the WDR Radio Orchestra in Cologne was highly acclaimed by American Record Guide.

Conrad works with soloists of the highest caliber. He has collaborated with Janine Jansen, Daniel Hope, Benjamin Schmid, Quirine Viersen, Ronald Brautigam, Alban Gerhardt, Simone Lamsma and Nikita Boriso-Glebsky among many others. He enjoys a regular and close collaboration with master-pianist Mikhail Pletnev.

Conrad was born in Pretoria, South Africa, in 1963. After concentrated music studies he moved to The Netherlands at the age of 26, where he joined the double bass section of the Radio Symphony Orchestra, Hilversum, and the Beethoven Academie, Antwerp. He studied conducting with Eri Klas and Roberto Benzi.